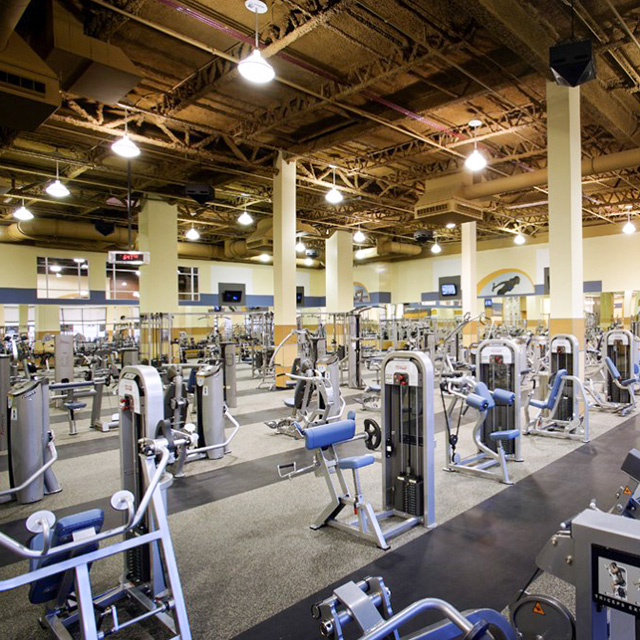 Meet Tom.  He’s in his late 20s.  He decides he needs to lose some fat and get into shape.

So, he joins a nearby gym.  Once there, he notices two things.

As someone new, Tom figures that this is the norm and the “right” method of working out.

To get him started, Tom hires a personal trainer for a few sessions.  Or, he finds an online workout schedule that tells him to do a matrix of routines of different weights, machines, and movements.

For example, for arms, Tom’s instructed to do preacher curls, bicep curls, decline bicep curls, hammer curls, skull crushers, rope pulls, and so on.  In addition, he should do many sets to the point his muscles get really exhausted.

With so much complexity involved, Tom’s glad he has a trainer or his online schedule to guide him.  He feels he’s accomplishing a lot and becoming more fit.

After a few months, however, Tom becomes less interested in the gym.  Obligation and guilt replace his original motivation.  Eventually, he stops going.

It Starts With The Traditional Gym Layout

As Tom noticed, most gyms today have two areas.  One for weights.  One for cardio.  Why is that?  A brief history.

Beginning in the early 1900s, the YMCA equipped their gyms with machine weights, because they were “so simple to use that a facility could simply purchase the [apparatuses] and [accommodate] its members without additional staff.…  [The] machines didn’t need a coach.” (1)

With the machines placed and as time passed, the gym’s physical layout was optimized to move people through.  “Gym members were conditioned to expect that exercise would be skill-free and easy.” (2)

Treadmills were introduced so people could run in one place.  But, even that could be de-risked and made easier.  Thus, the advent of the elliptical machine, with its big selling point of “[eliminating] the discomfort of exercise.” (3)

As gyms became a business model, the idea of stocking up on machines while minimizing human staff quickly caught on.

Gyms would charge members a monthly fee and let them use machines that don’t require human coaching or guidance, because the machines have all but eliminated the risk of injury—arguably the gyms’ biggest liability.

Today, these gym machines and layouts have become ubiquitous.  But, what’s so bad about them?

Tom’s interest waned after a few months.  He’s not alone.  80% of New Years Resolutioners quit before the end of February. (6)

In fact, gyms commonly oversubscribe memberships knowing that 67% to 80% of people will never come. (7, 8)

Why do people stop going to the gym?

In our opinion, the simplest and biggest reason is that the workout routines prompted by these gym layouts become boring fast.

An hour of weights, followed by an hour of cardio.  It quickly becomes formulaic.  Sure, one might be doing different weights and machines day-to-day.  But, after a few weeks/months, they kinda look and feel the same.

The usual muscle isolating movements with the usual machines, followed by the usual cardio session, which most people seem only reluctant to do.

One might have also wondered:  “Is this really the best way to work out?  Isolating arms and back one day, then cardio?  The next day, doing chest and legs?  Doesn’t seem really natural.”

But With So Many Machines, How Can It Be Boring?

Unfortunately, we’d argue that most machines are essentially the same.  Some isolate a muscle using cables, others do it with fixed levers.  But, ultimately, the machines isolate the same muscle without significantly altering the overall movement structure or intensity.

In fact, some gyms claim to be superior because of their equipment selections.  To us, having more machines is really nothing special.  They’re redundant and not causally related to actual workout results or satisfaction.

Reason 2:  These Workouts Take A Lot of Time

As Tom noted, workouts where one navigates the gym floor from weights to cardio take a lot of time.  One and a half hours.  Two hours if you count the total time at the gym.  That’s the equivalent of a long commute!

Not only do the workouts become boring, but they also grow in required mental commitment.  Thus, it becomes too easy to dismiss working out by saying, “I’m too busy today.  I’ll go next time.”

On a positive note, one can rightly claim that even if people do the above routine, they’re still getting a workout in.  They’re lifting, getting their cardio in, and probably most importantly, being active.

These are all good points and true.

But, we’d argue these workouts are sub-optimal for two reasons:

For the most part, we’d claim that these workouts are low intensity.  Except when attempting max weight lifts, people are rarely out of breath or completely drained.  True, certain muscles may become exhausted after many sets, but the overall body isn’t.

By increasing the intensity factor, we can get more results in much less time.  Also important: when at high intensity, we benefit from the body’s natural neuroendocrine response, which only happens in this elevated state.

As for muscle memory, the human body has this awesome ability to become very efficient at movements it does repeatedly.  The body learns to do the same work with less energy (i.e. calories).

Thus, when the body does the same or similar muscle-isolating movements or runs for the same 30 minutes, it learns to become quite efficient at them.

This phenomenon is great for training for marathons or specific sports.  But, when it comes to general fitness, we’d argue that muscle memory isn’t a good thing.  We should be challenging our bodies with constantly varied movements and workouts, as this causes the most stress (in a good way) on our muscles and body and burns the most calories.

So, What Should We Do Instead?

The good news is that we can repurpose the weights and equipment available at the gym for better workouts.